Fernando Alonso made headlines at the start of the summer break when he announced he would be leaving Alpine at the end of the season to join Aston Martin on a multi-season contract. A decision that surprised in the paddock, when we know that the French brand is currently considered “best of the others” behind the three headliners that are Red Bull, Ferrari and Mercedes. Conversely, Aston Martin is only in ninth place in the constructors’ championship and is having a very difficult 2022 campaign.

Alonso himself admits there is no guarantee England’s structure will achieve the rapid progress he is hoping for, but for Max Verstappen the Spaniard’s source of motivation lies more in the prospect “exciting” to advance the team rather than to obtain immediate results.

It’s a fact, the announcement of Alonso’s departure from Alpine sparked a stir on the transfer market. A choice that does not surprise the reigning World Champion any more than that. “It’s something exciting, the story with Fernando. I think Aston Martin is still a team that wants to get to the front. They recruit a lot of people. So I can understand Fernando who wants to go there and trying to build something bigger. It’s empowering. So I can relate.”

Alonso’s unexpected departure from Alpine caused a domino effect which led to the split between Daniel Ricciardo and McLaren at the end of the season. As the Australian’s former team-mate, Verstappen believes the struggles the Australian has faced make it a legitimate decision for both sides to look for other options.

“I think he was in a situation where the car didn’t suit him”resumes the Red Bull driver. “There hasn’t really been any improvement in his ease in the car. I think in talking they came to the conclusion that they had to take different paths. Sometimes that’s how it is. walking.” 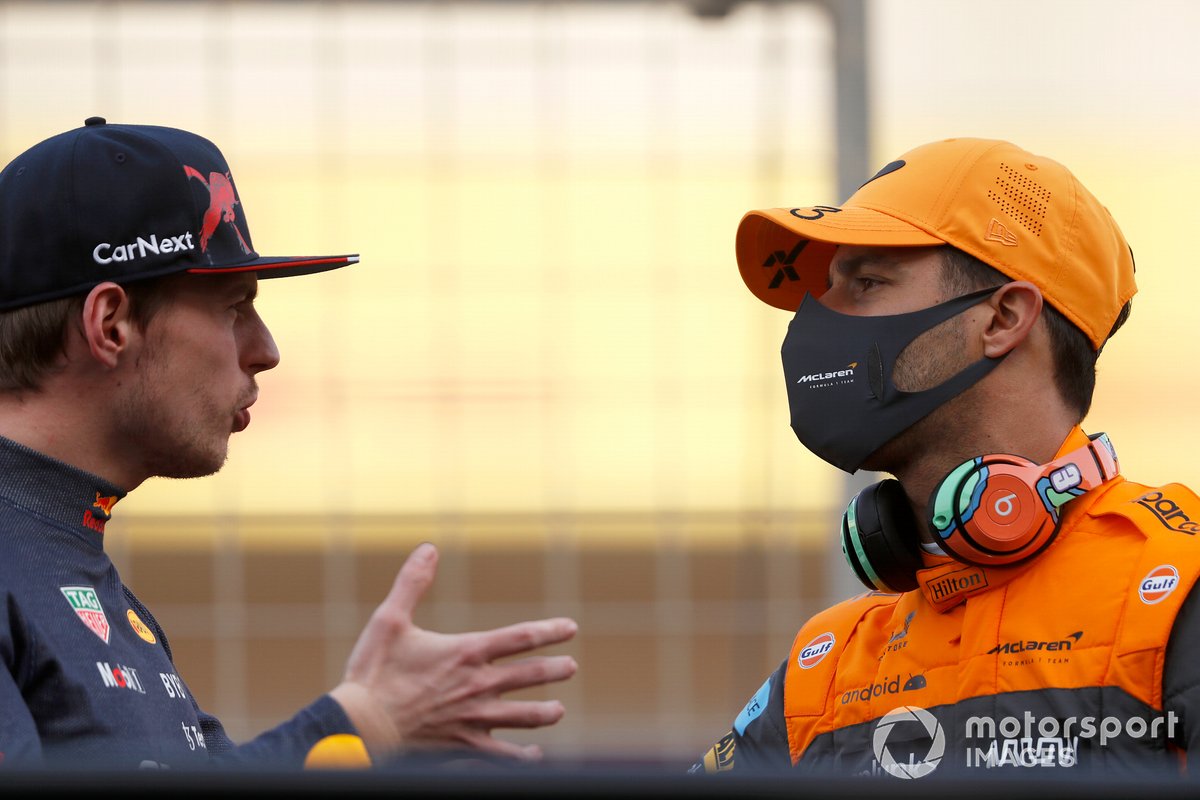 Verstappen maintains a friendly relationship in the paddock.

Ricciardo’s departure? A good decision according to Verstappen

And Verstappen to bounce back on the important and never closed gap between Lando Norris and Ricciardo: “I think Lando is of course a good driver. But we all know that if you don’t feel comfortable in the car and you can’t take it where you want, then you’ll never be the same. level than the guy who feels good behind the wheel. I don’t know how it was between the two drivers, but if it doesn’t work, sometimes you have to know how to go somewhere else.”

The Dutch driver still hopes that Ricciardo will manage to find a seat for 2023. “He’s a good element for F1”continues the recent winner of the Belgian GP. “He’s a good guy. First of all, I get on very well with him. And of course, I hope he gets back on his feet. But the ball is in his court now, and I don’t know where he wants to go and where there is room for him.”

Ribéry is about to hold up his crampons, in accordance with the press

Mathilde Gros world champion in particular person dash, all of the faces of a champion