The drying up of lakes and rivers reveals archaeological treasures

The droughts of this summer 2022 have exposed the bottom of certain lakes and river beds. But these disturbing phenomena serve at least the archaeologists, who have the unexpected opportunity to make valuable discoveries.

Almost everywhere on the planet, rivers and dry lakes have been bringing to light evidence of the past for several months.

In the bed of the Elbe, at Děčín in the Czech Republic, “hunger stones” have emerged from low water. “If you see me, cry,” says one from the 19th century. It reminds future generations that severe droughts bring their share of famine.

Sunken and then resurrected this summer too, a monumental megalithic construction in the Valdecañas reservoir, near Cáceres in western Spain, caught the eye of Marie Besse, a Geneva specialist in the Neolithic era. 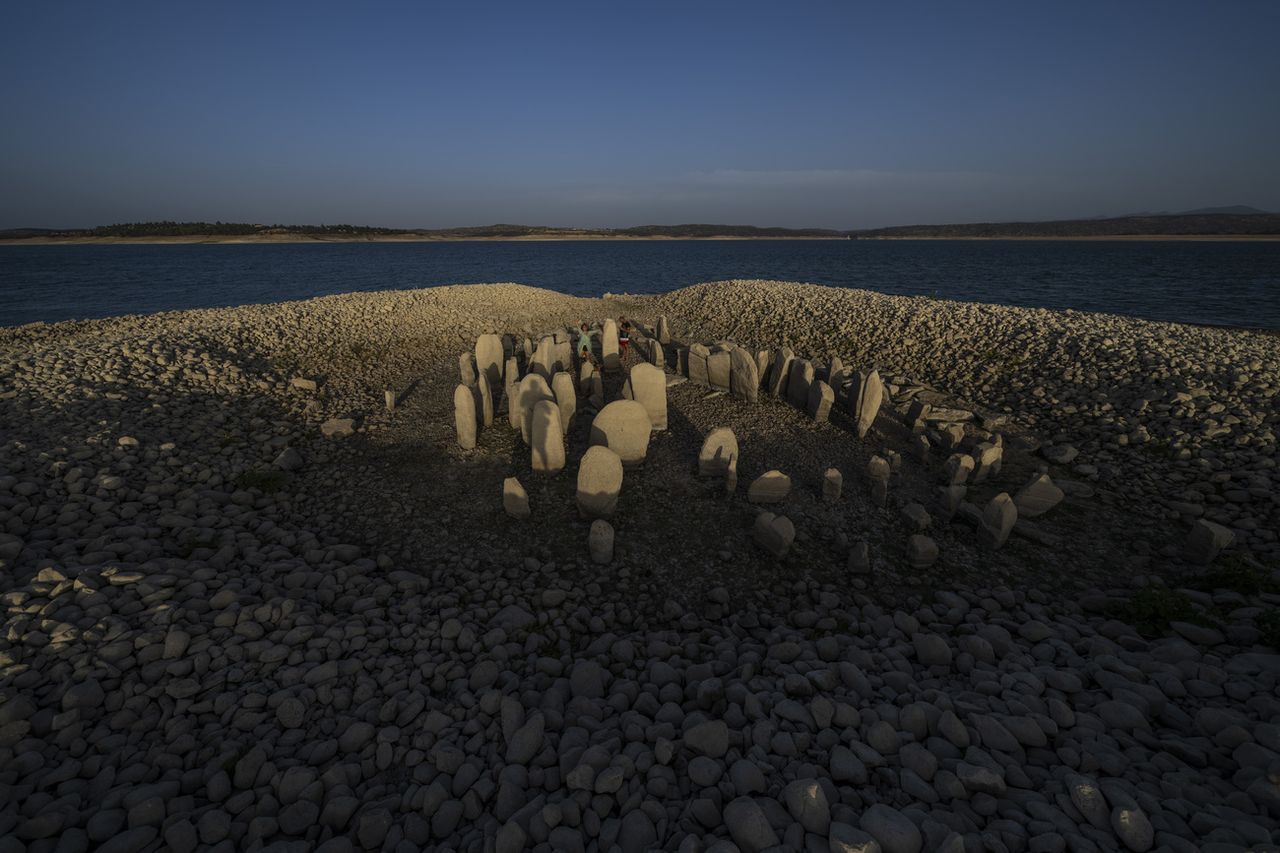 In the Valdecañas reservoir in Extremadura (west), a megalithic complex – called “Spanish Stonehenge”, in reference to the English prehistoric site – has resurfaced on an islet due to drought. [AP Photo/Manu Fernandez – Keystone]

“All the data from this beginning of the Neolithic era have been covered by the sea and today we finally manage to spot them”, she rejoices Wednesday in the 7:30 p.m. of the RTS. “We can make observations that we did not make before”.

In Iraq, it is the very low level of the water reservoir of Mosul, over an elongated period, which this summer allowed excavations on an unprecedented scale in a city of the Bronze Age.

The turning point marked by the discovery of Ötzi

Water or ice provide a favorable environment for storing a lot of data. Thus, the month of September 1991 will mark a turning point in the consideration of climatic hazards in the archaeological environment: the melting of a glacier reveals the mummified body of Ötzi, murdered more than 5000 years ago.

“We thought it was a hiker lost for 50 years or a century,” recalls Marie Besse. “We never imagined finding a Neolithic individual with all the elements around, the clothes, the objects”, continues this professor of prehistoric archeology at the University of Geneva.

Since then, echoing global warming, glacial archeology has developed. It goes through a systematic monitoring of the surroundings of the glaciers in September, the month most favorable to the search for clues and treasures of the past.

Between Lula and Bolsonaro, Brazilians face two visions of the world