Mikhail Gorbachev, a “rare leader” not appreciated at home but hailed as a “tireless defender of peace” internationally

“Immense world leader”, “honest”, “a man of peace” “trustworthy” … The death of Mikhail Gorbachev, last leader of the USSR, aroused vibrant tributes in the West, Tuesday evening. His crucial role in ending the Cold War and his fight for peace were particularly hailed.

The emotion, even the emphasis, of the Western reactions contrasts with the sobriety of Russian President Vladimir Putin who expressed “his deep condolences” and “will send (Wednesday) in the morning a telegram of condolences to the family and close friends” of the former leader, according to the Kremlin spokesman.

Coming to power in 2000, Vladimir Putin said he considered the disappearance of the Soviet Union, to which Mikhail Gorbachev largely contributed, as the “greatest geopolitical catastrophe” of the 20th century.

A man of peace “who changed the course of history”

In a statement, US President Joe Biden hailed Mikhail Gorbachev as a “rare leader”. His actions were those of a leader with enough “imagination to see that another future was possible and the courage to risk his entire career to achieve it. The result was a safer world and more freedom for millions of people,” Biden said.

For the Secretary General of the United Nations, Antonio Guterres, “the world has lost an immense world leader, committed to multilateralism, and tireless defender of peace”. In a statement, the UN chief hailed “a unique statesman who changed the course of history” and did “more than anyone to peacefully bring about the end of the Cold War” .

Mikhail Gorbachev was a unique statesman who changed the course of history. The world has lost a towering g… https://t.co/pZOiL8EQjf

“I have always admired the courage and integrity he showed to end the Cold War,” British Prime Minister Boris Johnson also tweeted. “At a time of (Vladimir) Putin’s aggression in Ukraine, his tireless commitment to opening up Soviet society remains an example for all of us,” he insisted.

It is with sadness that I learn of Gorbachev’s passing. I’ve always admired the courage and integrity he showed in bringing this… https://t.co/5GNePmQqOa

For Emmanuel Macron, Mikhail Gorbachev was a “man of peace whose choices opened a path to freedom for Russians. His commitment to peace in Europe has changed our common history,” said the French president in a tweet.

European Commission President Ursula von der Leyen hailed on Twitter “a trusted and respected leader” who “played a crucial role in ending the Cold War and bringing down the Iron Curtain. He paved the way for a free Europe,” she said.

Mikhail Gorbachev was a trusted and respected leader. He played a crucial role in ending the Cold War and bringing down t… https://t.co/epZzW2AOof

For the former Colombian president and Nobel Peace Prize 2016, Juan Manuel Santos, Mikhail Gorbachev – who himself received this Nobel in 1990 – was “a champion of peace”. “The world needs many more leaders like him,” he wrote in a tweet. 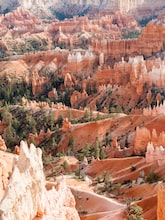 Azerbaijan says it exported massive quantity of oil to Switzerland

what to recollect from Thursday, September 15