Jean-Marie Bigard speaks on the networks and confirms that he will not do a show with Dieudonné: “Let my producer Chrystel Camus put me on trial!” – Video

After “Don’t touch my post” last night on C8, Jean-Marie Bigard has just reacted on social networks. For those who have not followed the summer soap opera, a brief summary: absent from Les Grosses Têtes for several months, Jean-Marie Bigard had caused an outcry by announcing a possible duet show with Dieudonné, several times condemned by the justice for anti-Semitic remarks.

After this announcement, and before the outcry, backtracks and Bigard announces that there will be no show.

Then enters the media scene the producer of Bigard, Crystel Camus, who affirms that there will be a duet between the two men because Bigard is committed to it. Comments that she maintained last night on C8 on the set of Cyril Hanouna.

In a series of videos this summer, she explains that Bigard has no choice if he does not want to go to trial and pay a sum, which she estimates last night at around 10 million euros:

“For the moment, I have not started any procedure. If tomorrow he wants to do another show or other professional commitments, I will have to act on the clauses of the contract. It can be like a guillotine. There may be a precautionary seizure of his income”.

This Wednesday evening, Jean-Marie Bigard has therefore just reacted and he confirms that he will not go on stage with Dieudonné, even if there must be a trial. He even asks those who have bought tickets to get their money back!

Here is his message: 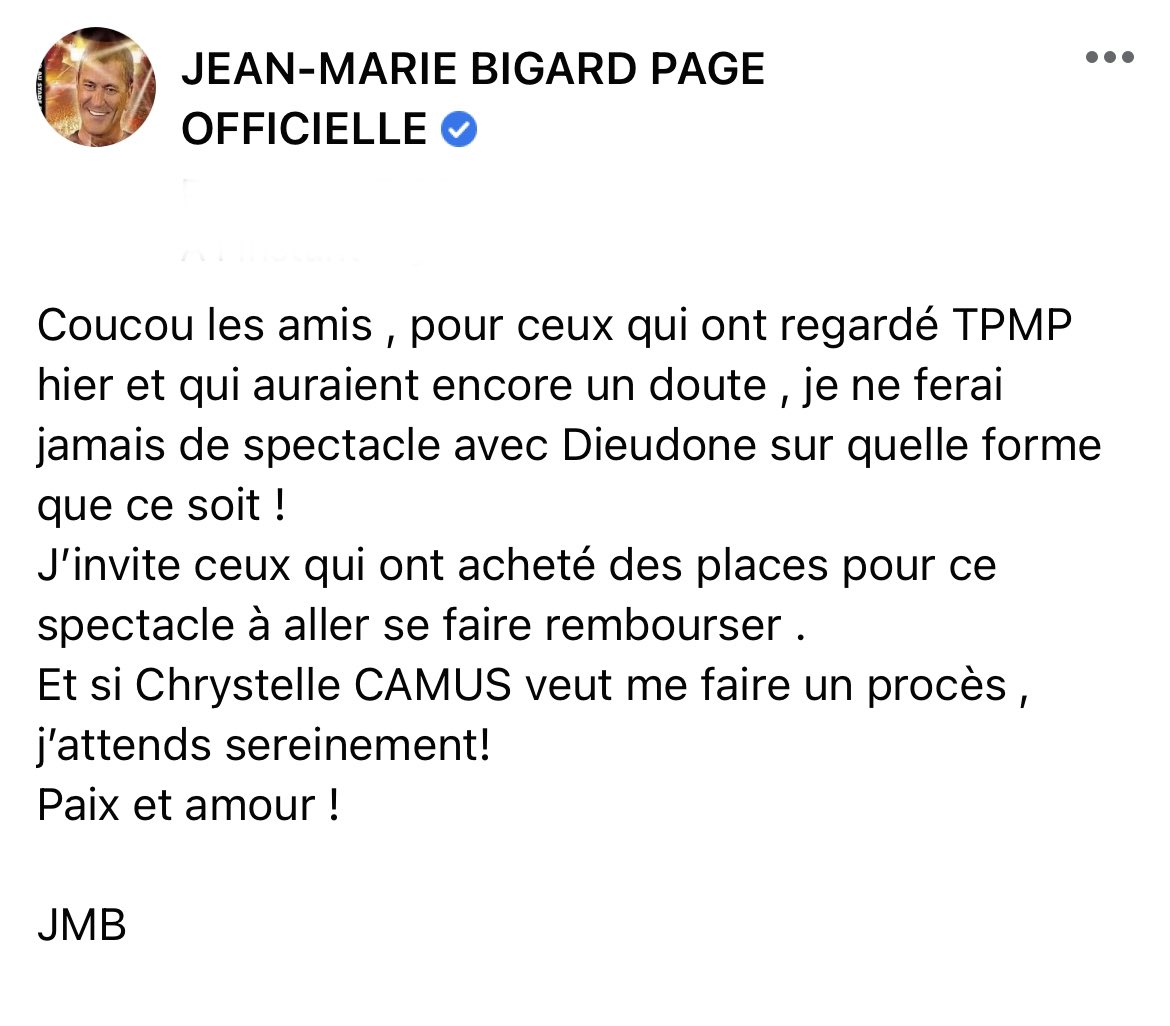 Mylène Farmer will she actually launch a brand new album on the finish of November?

Power disaster: quickly an power forecast on TV to assist the French adapt their consumption?